Juventus vs Napoli: On Saturday night one of the biggest games in Serie A this season takes place at the Juventus stadium when 2nd place Juventus take on 1st place Napoli. Napoli won the reverse fixture in September 2-1 and a win on Saturday would take the Partenopei 5 points clear at the top of Serie A. Juventus have been on a remarkable run recently winning their last 14 Serie A games in a row. Napoli will have to be wary of Juventus’s young Argentinean forward Paulo Dybala who has scored 13 goals and has 8 assists in Serie A this season, the forward came to Juventus with a big future ahead of him after securing a move from Palermo in the summer. Napoli have won their last 4 away games and the form of their Argentine forward Gonzalo Higuain has been nothing short of sensational, the striker has scored […] 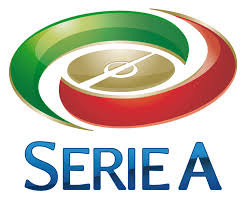 Serie A Week 24 Round-up: Verona 3-3 Inter Milan: Inter came from 3-1 down to secure a point at bottom club Verona on Sunday morning. Inter started the game the better side and made their early dominance pay when Murillo headed in Brozovic’s corner. But Hellas Verona replied four minutes later when defender Helander headed in a Marrone corner, Verona then took the lead in the sixteenth minute through yet another set piece this time from a Marrone free kick which has met by the head of Pisano. Early into the second half Luca Marrone completed his hat trick of assists with yet another set piece when his corner was met by the onrushing Ionita who headed the ball in from six yards out. But back came Inter when the ball luckily ricocheted back into the path of Ivan Perisic who then played a brilliant ball across the box which […]